Welcome to Notes From a Romantic's Heart. Today we're featuring The Guardian, Book 5 of the series, The Cities Below, by author Jen Colly. You can find all the stops on this tour at Goddess Fish Promotions. Don't forget to enter the Rafflecopter giveway for your chance to win a $30 gift card. The entry form is at the bottom of this post. 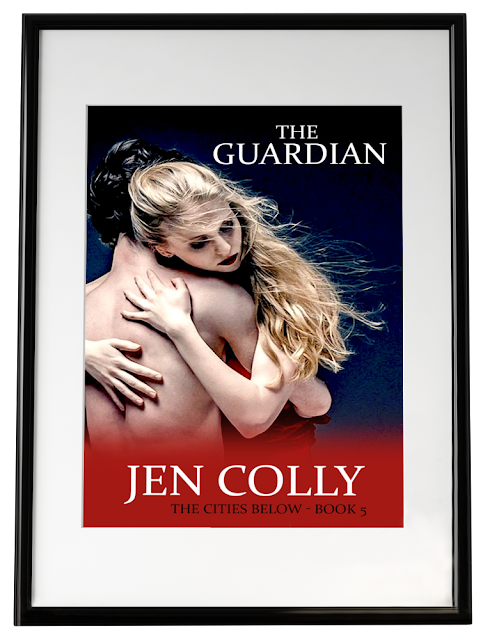 Prepared to die...fighting to live.

Savard was in a mood to die, but when a human insists on saving his life, death is no longer an immediate option. He knew of no species – human, vampire, or demon – that could see him while in his invisible Spirit form. Unique to this world, this woman's singularity was a danger to the entire vampire race.

Waking behind bars in an underground vampire city was not how Sera envisioned her night drive ending. She has come to expect nothing from those who pass through her life, but this man, dying on the side of the road, proves to be different. Savard fights to free her from tyrannical vampire laws and to hide her unique abilities. What Sera doesn't understand, is why he would fight his growing love for her.

Savard's haunted past threatens to tear them apart. Soon, Sera discovers just how far her guardian is willing to go, and what he's willing to do, to keep her safe.

Find The Guardian on Your Favorite Platform

Savard watched her delicate jaw drop at the sight of his fangs. Never in his long life had he shown a human what kind of creature lurked behind the visage of a man. He waited for her scream, expected her terrified flight or even a fainting spell. Instead of acting like a normal human, she just sat there, taking it all in, processing, and then out of the blue, the minx slugged him in the shoulder.

He groaned, not so much from her punch, but from stabilizing his core muscles to keep his body upright. Through gritted teeth, Savard asked, “What the hell was that for?”

“Give it a guess,” she huffed, not frightened, and certainly not shying away. “You can speak. Just say what you are. You didn’t need to threaten me with the pointy teeth.”

“Wasn’t a threat…won’t bite,” he mumbled. He knew he was behaving poorly, but his body ached, his hunger beat a heavy cadence against his tongue, and this woman had ruined his plans for a quick death.

His eyelids drifted shut, his head tilted back against the cushion. He was getting worse. The pain was there, but not exactly excruciating, making it easier to speak. His body was numbing out, going cold on the inside. Sensation was slipping away, along with life. 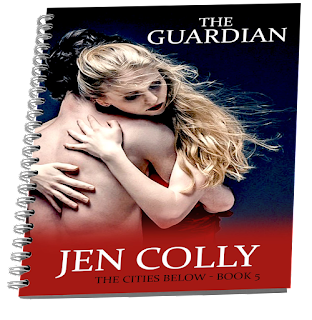 “If you’re what I think you are, then…” her soft voice trailed off, as if redirecting her question. “What can I do? Be honest.”

“Nothing you’d be willing to do,” Savard said, cracking one eye open to observe her reaction, and when she shifted closer, he suddenly realized she still held his hand. In fact, her grip had never wavered. Even after he’d bared his fangs.

“Like letting you bite me? How can you be sure I wouldn’t?”

“But if it would help you…” Her delicate eyebrows scrunched together, and she asked in earnest, “Would it help you? And would it hurt?”

His lips twitched, the beginnings of a smile that never fully formed. For some reason, he found explaining the nuances of a vampire’s bite to this innocent human amusing. “Blood heals. A bite is more pleasure than pain.”

“When you bite someone…” Her voice was hesitant, the first subtle hint of trepidation he’d found in her. “Do they die?”

“No. Life is precious,” he said quietly.

Deafening silence surrounded him and he closed his eyes again, the calm lulling him. Several minutes passed, or perhaps more, and then he unexpectedly caught her scent. The soft, delicate flesh of this woman had a scent all its own, and he opened his eyes to see her leaning close to him, her hand pulling that fluffy white-blonde mass of randomly braided hair away from her neck. Savard growled, closing his eyes against the temptation, and turned away from her.

“Why not?” she asked, her steady voice sending shivers through his battered body.

Teeth clenched, he said, “You should have left me there.” 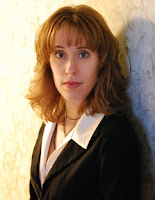 Jen Colly is the rare case of an author who rebelled against reading assignments throughout her school years. Now she prefers reading books in a series, which has led her to writing her first paranormal romance series: The Cities Below. She will write about anything that catches her fancy, though truth be told, her weaknesses are pirates and vampires. She lives in Ohio with her supportive husband, two kids, one fluffy dog, and four rescued cats.
Jen's Website ~ Facebook ~ Twitter ~ Instagram ~ Goodreads

Jen Colly will be awarding a $30 Amazon or Barnes and Noble GC to a randomly drawn winner via Rafflecopter during the tour.