ROCK IT TO THE MOON by Author M.J. Schiller **BOOK BIRTHDAY**

We’re celebrating a Book Birthday! Notes From a Romantic’s Heart is overjoyed to welcome friend and author, M. J. Schiller, to the blog to celebrate release day for Rock It To The Moon, Book 3 in her Love and Chaos Series!

Since this is M.J.’s first visit to the blog, we thought we’d be nosey and ask a few questions, just to my readers can get to know her a bit better! 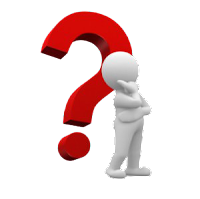 It could be in To Hell In A Coach Bag when Dani climbs a twenty-foot fence to get backstage at a concert. That whole scene took place in real life at a Nickelback concert, almost exactly as it is written in the book. Like Dani, I climbed the fence in the rain, in my “rock and roll boots,” in a location where all security had to do was look up and I would have been nailed. Like Dani, I was caught backstage and when asked if I had a pass, told them no, and got kicked out. I’m neurotically honest. Like Dani, I’m generally a rule follower, but something that night had me determined to meet the boys in the band. And, like Dani, I realized afterward how foolhardy the whole thing was and vowed to never do something that stupid again.

If you listen to music while you write, what are the top three songs on your playlist?

My playlist varies from book to book. In Book 1 of the Love and Chaos Series, Rocked By Grace, the whole idea was inspired by a car trip to St. Louis and a half dozen Panic! At The Disco songs (“Death of a Bachelor,” “Mona Lisa,” “I Write Sins, Not Tragedies,” and, my favorite, “Nicotine”) and one Train song, (“50 Ways To Say Goodbye”). Zane and Grace dance to music based on this playlist. Book 2, Rocked By Love, is strongly inspired by the Staind song “It’s Been Awhile,” which describes the guilt a recovering addict, like Rafe, often experiences. Book 3, the book that releases today, Rock It To The Moon, doesn’t really have a playlist, but a key part of it is the movie “It’s A Wonderful Life.”

Is the setting for your book real? If so, have you been there? If it’s fictitious, is there somewhere real that you’ve used as a model?

A major scene in Rock It To The Moon takes place at a wedding venue in Jefferson City, Missouri. That is the town that my husband grew up in and still has family in, so I was familiar with it. I’d never been to The Millbottom, though, where Grace and Zane got married. I did research it, however, using information from the website and emailing the venue itself with questions not answered there. Another scene takes place at the Six Flags amusement park near my hometown of St. Louis. Although I’d been there a number of times, I still had to pull up some maps and throw some questions out on Facebook to get the information I needed.

There’s also a scene from the St. Louis Science Center, which I had visited eons ago, so I had to do research on what changes had been made to keep my descriptions current. There was a restaurant I researched for the interior description and menu choices, and another that was somewhat based on a restaurant in Galena, Illinois we like, but in the story it’s in St. Louis. I also had to do a lot of research on Tatum, Zane, and Whitney’s hometown of Stanton, Missouri and Meramec Caverns. I had to write to get a description of the drive down to where the cave is located, and was a bit challenged with places being closed due to COVID. I’ve found that when I write for information people usually seem to enjoy giving it to me, and provide even more than I asked for.

If you had to create a pseudonym for your work that poked fun at the genre in which you write, what would it be? 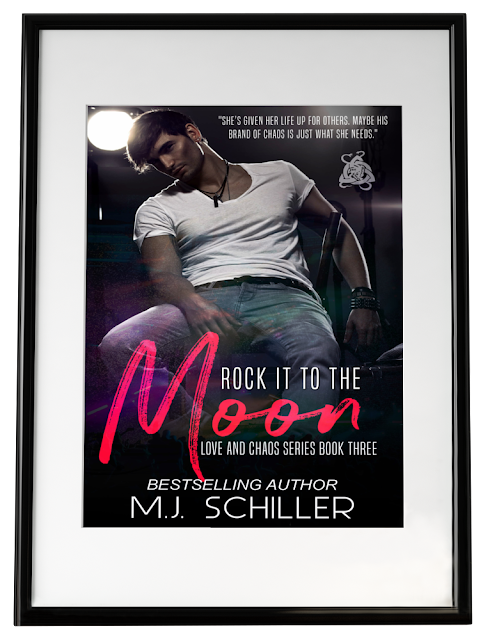 While love had come to some of the other members of Just Short Of Chaos, Dex Rogan had no interest in getting tangled up in that mess. That is, until he stumbled upon Tatum backstage.

Before Tatum, I would have told you love was for chumps. But I would have been wrong. The moment I saw her, it was like BAM! This driving urge to be with her was more jarring than someone smacking me in the face with my drumsticks would be. And every moment since has just solidified her place in my heart. By the time I found out she was off limits, it was too late. I was all in.

Tatum Salvetti doesn’t have time for love. If it can’t be color-coded or found on the periodic table, she doesn’t need it. But when an ugly incident drives her into Dex’s arms, she’s shaken enough to step out of character for once.

I wasn’t looking for love that night, I was looking to escape, and Dex was the perfect distraction from my train wreck of a life. …He was perfect, period.

But I’m in astrophysics. I’m not stupid. I knew it wasn’t going anywhere. Even if he wasn’t just interested in a one-night stand, we wouldn’t be able to hide a relationship from Zane. My brother seemed to still think of me as the ten-year-old he met when our parents wed. Well, it wasn’t any ten-year-old girl in Dex Rogan’s bed that night, and if Zane found out about it, he would go apeshit. I was trying to get away from chaos, not create it.

Tatum has sacrificed her whole life for others. But maybe this time she could think of her own desires. Could Dex’s brand of chaos be just what she needs?

“Oh, that’s not nec-ess-sary...” She trailed off, watching me, her mouth hanging open a little. I think she was surprised by my actions. I know I was.

This girl’s out of your league, man. You better start channeling Jericho or something because your usual stuff ain’t gonna cut it with her. 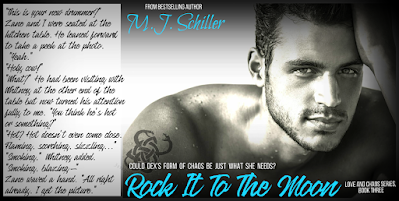 I cupped her shoe. I took the dainty strap in my massive fingers and prayed for even a hint of dexterity. I could bang a drum to hell, but fine motor skills I lacked. Luckily, the backstage gods were listening to my plea and the strap slipped into the buckle easily, another indication something was special about our meeting. But that meant our brief interaction was coming to an end unless I could come up with something to say to her.

W.W.J.D. What would Jericho do? The women always fell for his charm.

Inspiration struck and I ran my hand along the back of her calf as I rose, looking at her with what I hoped was suaveness. “There. All better.”

Her forehead creased. “Excuse me? What the hell do you think you’re—?” Those blue eyes were shooting fire now.

I decided to bulldozer through my mistake. I was in this far. “You know, Zane is getting married. You don’t want to mess with that.”

Her pliable body became stiff. “Do I look like a call girl to you?”

I shrugged. “A very expensive call girl. It’s a compliment.”

“So a call girl would be a step up for me then?”

“No, no, no. I’m not saying that. You’re just…not like our normal concert goer.”

I was a fucking moron. The more I talked, the angrier she got.

Why not try your hand a reconstructing M. J. Schiller’s awesome cover for Rock It To The Moon

ROCK IT TO THE MOON brighter

M.J. Schiller is a lunch lady/romance-romantic suspense writer. She enjoys writing novels whose characters include rock stars, desert princes, teachers, futuristic Knights, construction workers, cops, and a wide variety of others. In her mind everybody has a romance. She is the mother of a twenty-two-year-old and three twenty-year-olds. That's right, triplets! So having recently taught four children to drive, she likes to escape from life on occasion by pretending to be a rock star at karaoke. However…you won’t be seeing her name on any record labels soon.

It has been a pleasure hosting M.J. Schiller for today’s Book Birthday. Please come back again tomorrow, and all next week, for more authors, books, and even a few #giveaways. And, while you’re here, skim back across the posts from earlier this week for your chance to enter the previous giveaways.