Notes From a Romantic’s Heart is pleased to welcome author Lucinda Race to the blog. We’re going to talk about her latest release, Blush, Book #4 in Lucinda’s wonderful Crescent Lake Winery series. 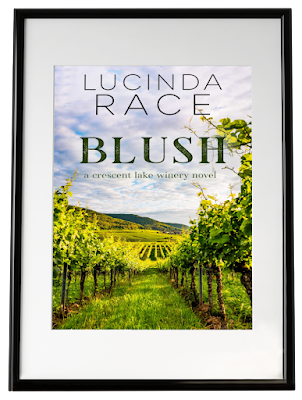 Friends to lovers to friends…to lovers?

For Peyton Brien, working as the manager of the tasting room at Crescent Lake Winery is more than a job. It’s her passion. The single mother’s other passion is her seven-year-old son. Years before, she’d had those same feelings for the winery owner’s son, Jack. She’d thought they had a forever kind of love—until he moved away and broke her heart. But now he’s back. Friends to lovers to friends again. They’ve agreed the past is the past. But is it?

Jack Price ran to California to escape from the future his father saw for him. His passion isn’t business; it’s working about the grape vines. The years away didn’t change that, and they didn’t change Jack’s love for Peyton. And now her hero-worshipping son is wrapping himself around Jack’s heart as well. But just as Peyton and Jack’s relationship begins to sprout new tendrils of hope, a secret from Jack’s past threatens to destroy his dreams.

They’re long past the sweet blush of first love. But just as red and white wines blend to form a blush wine, can Peyton and Jack find a way to blend their pasts and their present to create a rosy new future?

Find Blush at your Favorite Retailer 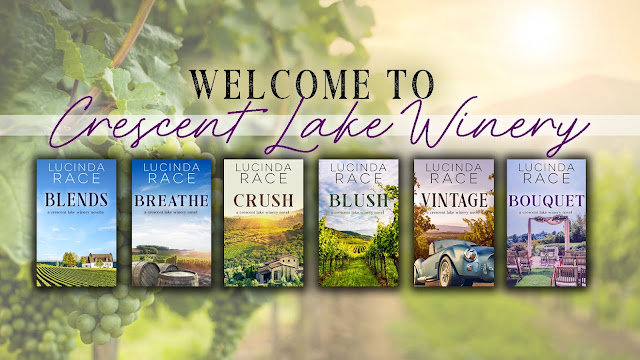 What can be better than carrying on the family business? Here’s what you can expect to find in this great series:

Find the entire series on Amazon 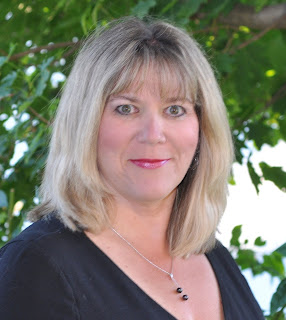 Award-winning and best-selling author Lucinda Race is a lifelong fan of romantic fiction. As a young girl, she spent hours reading romance novels and getting lost in the hope they represent. While her friends dreamed of becoming doctors and engineers, her dreams were to become a writer—a romance novelist.

As life twisted and turned, she found herself writing nonfiction but longed to turn to her true passion. After developing the storyline for The Loudon Series, it was time to start living her dream. Her fingers practically fly over computer keys as she weaves stories about strong women and the men who love them.

Lucinda lives with her husband and their two little dogs, a miniature long hair dachshund and a shitzu mix rescue, in the rolling hills of western Massachusetts. When she's not at her day job, she’s immersed in her fictional worlds. And if she’s not writing romance novels, she’s reading everything she can get her hands on. It’s too bad her husband doesn’t cook, but a very good thing he loves takeout.

Thank you so much for stopping by. While you’re here, scroll back through the earlier posts. There are still a few live giveaways. And, please come back again all next week when I’ll have more authors, books, and more giveaways.