Notes From a Romantic’s Heart is pleased to welcome author Bernadette Marie to the blog today to talk about her new book, Something Discovered, Book #2 in the Funerals and Weddings series of contemporary romances. You can find all the stops on Bernadette’s tour at Goddess Fish Promotions. Don’t forget to enter the Rafflecopter giveaway for your chance to win a $25 gift card. The entry form is at the end of this post. 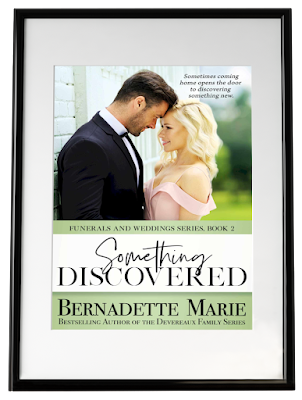 Sometimes coming home opens the door to discovering something new.

After Coach Diaz’s funeral, Alex Burke realized there was nothing left for him in Boston, especially after he found out his girlfriend had moved on. Moving back to Colorado, and bonding with his college friends, is what Alex needed to get his life back in order.

Catherine Anderson grew up in the shadow of Coach Diaz’s daughter. The best friend that was always overlooked, Catherine had reservations about the men who had been Coach’s Fabulous Five, especially Alex Burke who always had eyes for Rachel, and didn’t even know Catherine existed.

Coming together to mutually help Rachel through hard times, Catherine and Alex realize they’d had eyes for one another back when. Perhaps now that Alex was home, it would be a good time to explore an adult relationship. But when news out of Boston rocks his world, it just might be more than Catherine can handle.

Get Something Discovered on Amazon ~ B&N (Nook) ~ Google Play

Alex took the brush from her and set it on top of the open can of paint. “Do you dance?”

Now he wrapped his arms around her waist and pulled her closer. Her eyes were wide as she studied him. She might have thought he was crazy, but she wasn’t pushing him away.

A few measures later, she finally lifted her arms and swayed with him. 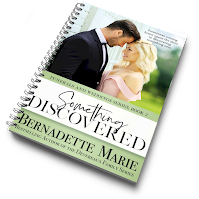 “This is silly,” she chuckled shaking her head.

“Spontaneous,” he corrected as he pulled her a little closer. “It’s supposed to be romantic, right? Stopping what you’re doing and dancing?”

Her eyes went wide. “Are you trying to be romantic?”

Catherine blinked and he could see her lip tremble. “I asked you first,” she said and her voice shook.

Alex slowed his sway. Maybe he was trying to be romantic. Maybe that was why he felt the need to show up at her house with flowers and wine.

He slowed even more, until they were simply standing in the bathroom—his hands on her hips, her arms around his neck.

“I guess I am,” he said looking down into her blue eyes.

Catherine swallowed hard and ran her tongue across her pink lips. “Then I guess you’re good at it.”

The ball was back in his court, he decided. He could let go of her and pick up the paint roller, or he could take the next step and see what happened.

Catherine’s fingers began to make circles at the nape of his neck, and now he trembled.

Lowering his mouth, until his was only a breath from hers, he stopped and locked eyes with her. Her baby blues were soft before they disappeared behind her eyelids, and he knew then she wanted the kiss he was contemplating as much as he did. 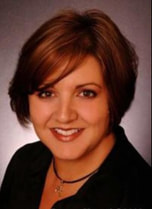 Bestselling Author Bernadette Marie is known for building families readers want to be part of. Her series The Keller Family has graced bestseller charts since its release in 2011. Since then she has authored and published over forty-five books. The married mother of five sons promises romances with a Happily Ever After always…and says she can write it because she lives it.
Obsessed with the art of writing and the business of publishing, chronic entrepreneur Bernadette Marie established her own publishing house, 5 Prince Publishing, in 2011 to bring her own work to market as well as offer an opportunity for fresh voices in fiction to find a home as well.

When not immersed in the writing/publishing world, Bernadette Marie can be found spending time with her family, traveling, and running multiple businesses. An avid martial artist, Bernadette Marie is a second degree black belt in Tang Soo Do, and loves Tai Chi. She is a retired hockey mom, a lover of a good stout craft beer, and might have an unhealthy addiction to chocolate.

Bernadette Marie will be awarding a $25 Amazon or B/N GC to a randomly drawn winner via Rafflecopter during the tour.
a Rafflecopter giveaway
~ ~ ~
It’s been my pleasure hosting Bernadette Marie today on the blog. Please come back again soon for more authors, books, and giveaways.
Nancy
at October 22, 2021