Welcome to Notes From a Romantic's Heart. Today, we're featuring Return to Wylder, part of the Wylder West series from The Wild Rose Press. Author Maria Imblazano is here to share some insight into her new release. You can find all the stops on this tour at Goddess Fish Promotions. Don't forget to enter the Rafflecopter drawing for a chance to win an Amazon or Barnes and Noble gift card. The entry form is at the bottom of this feature.
Genre: Contemporary Romance 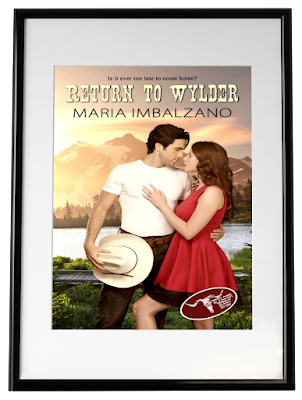 The untimely death of EJ Hampton’s father kills her dream of practicing law with him in her hometown of Wylder. Heartbroken, she now has two weeks to organize the practice for sale. When she meets her father’s millionaire client Dylan Addison, he is demanding and entitled—yet his charisma captivates her.

Dylan is under pressure to renovate the Wylder Hotel before his father pulls the plug on his project. He needs EJ’s expertise, but she is bent on returning to her life in San Francisco despite the fireworks between them.

EJ walks a tightrope trying to balance Dylan’s needs against her own, but doing so is far more complicated when emotions get in the way.

EJ took a sip of her beer. “It may take some time, but you’ll win him over. If you start coming here at least once a week. Even if it’s just to have a quick drink at the bar or a sandwich at lunchtime. Get to know him, as well as the customers.” She nodded toward the bar at the few-dozen townspeople who all seemed like best friends. “You need to do this with all the businesses around town. What have you been doing for the past five months?” Her brow scrunched as she waited for my sorry excuse. 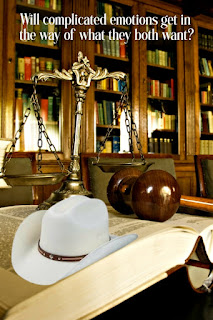 I would have grinned in an attempt to soften her underlying admonishment, but she might have then assumed I wasn’t taking her advice seriously. I cleared my throat. “I have projects in Chicago that I’ve continued to work on. When I’m in town, I’ve been dealing with contractors, getting estimates. The usual.”

“At least you’re using local tradespeople for the hotel.”

She would know that since she’d reviewed the contracts.

“Was introducing me to Chad your sole purpose in asking me to meet you here?” I had hoped it was because she was as intrigued with me as I was with her. The heat in her eyes when I stroked her palm last night couldn’t have been an illusion.

“Not my sole purpose.” Her sly smile gave me hope. “The Spring Festival is in nine days. You may have seen the signs around town.”

All hope was dashed with this turn in the conversation. I had seen the signs, but it wasn’t something I put in my calendar. Although perhaps I should, to assure I wouldn’t get stuck in traffic if I wanted to get out of town that day. “And?” There had to be more.

“The town’s budget is tight this year, and they can’t afford fireworks. That’s a big draw, so disappointment is running high. There are a few other things that need funding.” She opened her purse and withdrew a folded piece of paper. “My mom is co-chair of the event, and these are their current needs.”

I took the paper and scanned a host of sponsorship opportunities along with the estimated cost next to each. The most expensive by far was the fireworks. I searched her face. “Are you asking me for a donation? I can certainly write a check to contribute.”

Oh, so this was where she was going.

5 Stars
I'm a big fan of small town western romances, and I've especially enjoyed the variety of the Wylder series. So, when a review tour came up for Maria Imbalzano's new book, Return to Wylder, I knew I had to sign up.
I was immediately drawn to the heroine's dilemma of choice. I felt her sadness at her loss. The last thing she need, professionally at least, was an overbearing and entitled client. However, Dylan was such a delight right from the beginning, I couldn't even be angry with him for his privileged attitude. And, of course, the more I got to know him, the more I understood his personality.
EJ and Dylan were perfect foils for one another right from the get-go and it was very enjoyable to watch their relationship progress with just the right amount of steam thrown in for good measure.
I highly recommend this new addition to the Wylder series. 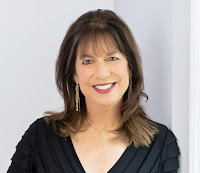 Maria Imbalzano is an award-winning contemporary author who writes about strong, independent women and the men who fall in love with them. She recently retired from the practice of law, but legal issues have a way of showing up in many of her novels. When not writing, she loves to travel both abroad and in the states. Maria lives in central New Jersey with her husband--not far from her two daughters and granddaughters.
Maria's Website ~ Facebook ~ Twitter ~ Instagram ~ Newsletter Sign Up
Amazon Author Profile ~ BookBub ~ Goodreads

Maria Imbalzano will be awarding a $15 Amazon or B/N GC to a randomly drawn winner via Rafflecopter during the tour.
a Rafflecopter giveaway
~ ~ ~
Thank you for stopping by. I hope to see you again soon.
Nancy
at July 29, 2022