Welcome to Notes From a Romantic’s Heart. Today we are featuring author Miriam Newman and her historical fantasy romance, The Emperator. You can find all stops on this tour at Goddess Fish Promotions. Don’t forget to enter the Rafflecopter drawing for an Amazon gift card. The entry form is at the bottom of this post. 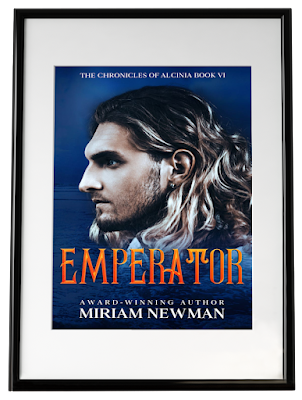 Son of a king, grandson of a general, Sergius is a warrior without equal. It has been easy for him to be a hero when he was expected to be. When he finds himself fighting to free his grandfather's country and the heart of a woman, he must be one because he is.
Available at Amazon and other ebook Retailers

The walls of the city were so dark, so immense, they stood out against the moonlit sky.

“How do you get over that?” he asked the commander who had issued the order to burn bodies.

“You don’t,” that one said, flashing him a smile in the dark. Sergius could see it by the light of hundreds of torches they had lit not only for themselves, but also for the Domidians. An intimidating display suggesting great numbers of troops was a mental game.

“You burn them,” the other man said. 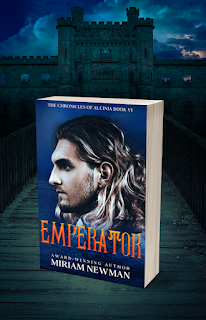 Heavy horses kept for the purpose had dragged up land-borne versions of the hurlers Havacians traditionally used at sea. Like those, they had been fitted with flaming balls of pitch heated over immense bonfires. Omana had no shortage of wood and scores of teams had been busily hauling it from all over territory they now occupied, to feed the fires that would burn Xanthus. Even as he watched, the first fireballs flew.

“Yes,” his commander admitted. “People are going to die in there.”

It was a sound battle tactic, keeping his troops from being targeted by those on the walls, but directly contravened their orders to spare Omanis. Sergius’s entire mission would be jeopardized before he even had time to begin.

“If you burn their city, they will never work with us! King Yuri’s order was to spare them, not just their sheep.”

The commander shrugged. “My orders were to keep my men alive.”

It was a complete failure of imagination. Sergius felt his temper hit the top of his skull.

Believe it and make them believe it.

“You are relieved of your command,” he said.

The other man looked at him as if he had lost his mind. “On whose authority?”

“Mine,” Sergius said. “I am Sergius Magistri, cousin to King Yuri, and you are relieved.”

“NOW!” Sergius bellowed. He beckoned imperiously to two Havacian troopers on either side of the commander. “Take him.”

Not waiting to see if they had obeyed, he spun his horse in a deliberate move he had learned from his father, forking him with one spur, making Arrow rear. It gave better visibility.

“Omanis!” he screamed. “Follow me or your people die.”

4.0 Stars
The Emperator by author Miriam Newman is a well written historical fantasy novel. The two main characters aren’t perfect, but they are well-rounded and their development throughout the story is even and consistent.

The atmosphere suits the story very well, the battles are well thought out and add a colorful layer to the overall story. The last chapter brought everything to a satisfying conclusion. The Emperator is a highly recommended read. 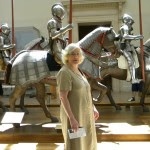 Fantasy poetry driven by myths and legends has been my passion for as long as I can remember. I was published in poetry before catching the romance writing bug. I bring that background to my writing along with a lifelong addiction to horses, an 18 year career in various areas of psychiatric social services and many trips to Ireland, where I nurture my muse. My published works range from contemporary fantasy romance to fantasy historical, futuristic, science fiction and historical romance. Currently I live in rural Pennsylvania with a “motley crew” of rescue animals.
Miriam's Website ~ Facebook ~ Twitter
Amazon Author Page ~ BookBub ~ Goodreads

Miriam Newman will be awarding a $20 Amazon/BN GC to a randomly drawn winner via Rafflecopter during the tour.