Welcome to Notes From a Romantic's Heart. Today, we'll be featuring Film Blue, by Author Patricia Leavy. You can find all the stops on Patricia's tour at Goddess Fish Promotions. The author is giving away a $10 gift card via Rafflecopter to one lucky winner. You can find the entry form at the bottom of this post. 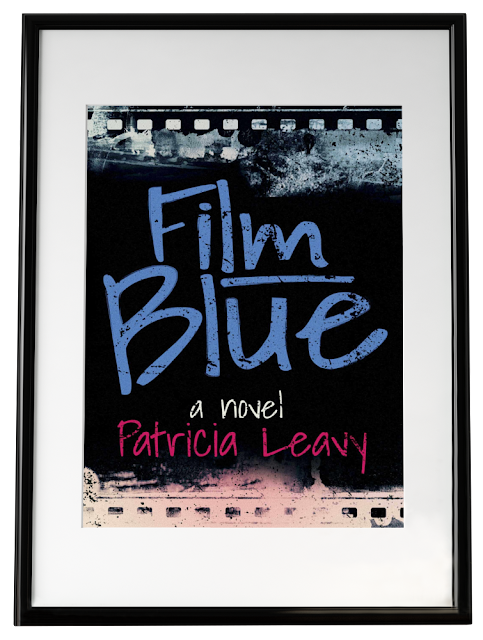 Reminiscent of Sex and the City meets The Perks of Being a Wallflower, Patricia Leavy’s Film Blue is a captivating and inspiring story about the pursuit of dreams and what it truly means to live a “big” life.

A couple of years after finishing college, Tash Daniels has put her love of filmmaking on the back burner. She’s working retail, club-hopping, and scraping by to pay the rent. Usually attracted to the wrong guy, she’s at a loss when she finally falls for the right one. Sexy deejay Aidan is living his life authentically as an artist and encourages her to do the same. Will she open her heart? Will she bet on herself and her dreams? Is a girl with a dream truly on her own in the world? Tash’s friends are along for the journey: Jason Woo, lighthearted model on the rise; Penelope Waters, earnest graduate student with a secret no one suspects; Lu K, fiercely independent hot-girl deejay; and Monroe Preston, the glamorous wife of a Hollywood studio head.
Frequently bathed in the glow of the silver screen, the characters show us how the arts can reignite the light within, pushing us to confront our fears so we can choose how to live in the present. Film Blue is a novel about following our passions, the hidden side of our dreams, the power of art, what it means to truly live a “big” life, and finding the people to go with us on our journey.
A tribute to 1980s pop culture set against the backdrop of contemporary New York and Los Angeles, Film Blue celebrates how the art we experience and make can shape our stories, frame by frame.
Available on Amazon
Also available in Paperback

Monroe slipped on her favorite gray silk nightgown and matching robe, and tied the sash around her waist. She opened her nightstand drawer and retrieved the unopened prescription bottle. Sitting on the edge of her bed and rolling the bottle in her hand, it occurred to her that she felt no emotion whatsoever. No sadness, or despair, or grief held her hand. Exhaustion was her only companion. She was done. After moving the bottle from one hand to the other, over and over again, she tucked it into her pocket. She got up and wandered through her house until she found Bill in his office, hunched over the desk.

“I’ll be there soon enough. I have to get through these papers first,” he replied, gesturing to the stack on his desk.

“Good night, Bill. I love you. Truly, I do,” Monroe said, before gently shutting the door behind her.

She bumped into Henry on her way back to her bedroom. 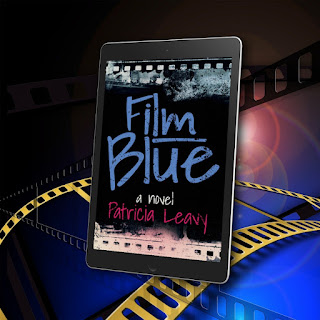 “Good night, Mrs. Preston. Oh, I forgot to tell you that Miss Daniels left her short film here yesterday. She said you had asked to see it.”

“Oh, that’s right. I did promise her,” she mumbled to herself. Then she refocused on Henry. “Maybe I’ll watch it now. I know it’s late, but would you mind putting it on for me in the screening room?"

Monroe settled into one of the raspberry-colored velvet seats in their lavish private screening room. Henry switched the lights off as the film began. Light from the screen flickered on Monroe’s face as the opening credits rolled. Shot in black and white, the camera zoomed in on two young people on a city rooftop in the middle of the night. They were laughing and running across the roof, bits of paper swept up in the breeze. A burst of hot pink leapt off the screen, followed by eruptions of turquoise and purple. Monroe leaned closer. The corners of her mouth trembled and a smile began to crawl across her face. She leaned closer and let the glow from the screen wash over her. Her smile morphed into laughter and tears flooded her eyes. As her smile grew and her laughter became louder, the tears flowed harder. Her face was drenched by the time the closing credits rolled. She sat, soaking in a feeling she couldn’t quite name, a feeling she knew was connected to life itself.

Henry returned and flipped the lights on. “Shall I close the room for you before I retire to bed?” he asked.

She wiped her face with her palms and turned to face him. “No. Henry, please get Bill right away. Tell him there’s something he must see.” 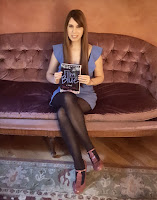 Patricia Leavy, Ph.D., is a bestselling author. She was formerly Associate Professor of Sociology, Chair of Sociology and Criminology, and Founding Director of Gender Studies at Stonehill College in Massachusetts. She has published over forty books, earning commercial and critical success in both fiction and nonfiction, and her work has been translated into many languages. Patricia has received dozens of accolades for her books.

In 2016 Mogul, a global women’s empowerment network, named her an “Influencer.” In 2018, she was honored by the National Women’s Hall of Fame and SUNY-New Paltz established the “Patricia Leavy Award for Art and Social Justice.” She lives in Maine with her husband, daughter (when she’s not away at college), and her dog. Patricia loves writing, reading, watching films, and traveling.

Patricia Leavy will be awarding a $10 Amazon/BN GC to a randomly drawn winner via Rafflecopter during the tour.
a Rafflecopter giveaway
~ ~ ~
Thank you so much for stopping by. Please come back again soon.
Nancy
at November 18, 2022