DANCE TO A WYLDER BEAT by Author Marilyn Barr

Today I’m welcoming Author Marilyn Barr to Notes From a Romantic’s Heart. She’s here to tell us a bit about her upcoming book, Dance to a Wylder Beat, from The Wild Rose Press.

Dance to a Wylder Beat is a figment of my imagination. I dreamed of the main character, Nartan Sagebrush, after a staff meeting about the series. I’ve learned for a great book idea; I need to eat a plate full of cookies before going to sleep. Once I read about the Arapaho people, their beautiful leather goods, and their culture, he came to life. My next step was to interview my friends of Arapaho descent and take a non-mechanized leather tanning course. Within a few weeks, I felt I could temporarily step into Nartan’s leather boots.

If you could trade lives with any other writer, living or dead, who would it be and why? 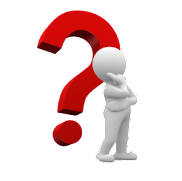 I admire Terry Pratchett and aspire to write books as complex as his Discworld series. While unfortunately he is no longer with us and developed early-onset Alzheimer’s disease before his death at age 66, his brilliance lives on. His books are timeless while acting as a time capsule for the 1980s and 1990s at the same time. The magic is in the layers. I write these layers in my books and hope to master his technique someday.

Each book I must read three times in a row. The first time I enjoy the plot and characters’ banter. The second time I get the humor whether they are inside jokes about the series or jokes about the world events at the time the book was written. The third time I see the satire and lampooning of a group of people. I first noticed this third layer in his book, “Pyramids” where the people in the tiny pyramid were caricatures of the Hollywood elite. I had to start the series over again to find what I had been missing.

My most unusual experience is written in the follow-up novel to Dance to a Wylder Beat which is Sound of a Wylder Silence. My son and I go to Natural Allergy Elimination Therapy for food allergies. Our usual practitioner had an apprentice who took over our appointments a year ago. The apprentice had been previously certified in Reiki and Shamanic healing and promptly recommend those as options for my son’s anxiety. My son was nine years old at the time, had trouble sitting still, and had been through many failed anxiety remedies.

After some research, I decided to sign up for one of the apprentice’s spiritual healing sessions for two reasons. The first being to test it out for my son. Could he sit still? Would it scare him? The second was my childhood night terrors had returned and I was throwing myself down my stairs to leave my house in my sleep. The appointment was right out of a paranormal movie with all sorts of spooky, ghostly events. My healing journey is the one Ikshu Sagebrush (you meet him as Nartan’s brother in Dance to a Wylder Beat) takes to reclaim his voice. Now I am the apprentice to a Shamanic Practitioner and Reiki Master.

If you had to create a pseudonym for your work that poked fun at the genre in which you write, what would it be?

I, Marilee-Lou Were-Barr, love shifter romance with a western twist in Dance to a Wylder Beat.

Nartan Sagebrush's name may mean "to dance" in Arapaho, but he dances in secret. Forced to abandon his Shamanic apprenticeship, he is overwhelmed with homesteader life, and even his spirit guides are at their wit's end. Nartan takes fate into his own hands. Instead of divine intervention, a wife will help with his responsibilities and in assimilating into the Wylder community.

Olive Muegge answer's Nartan's "wife wanted" advertisement.  Wildly independent she has secretly dreamed of a family to call her own. The secret she carries inside makes her an outcast and her wild ways don't fit the quiet wife Nartan thinks he desires.

Despite their differences, they are drawn to each other but a mistake may drive them apart.  Will Nartan embrace his Shamanic past to save them both or will he choose to rid himself of Olive forever? 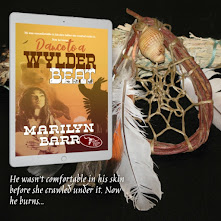 When I turn back, the men are wrestling in a cloud of dust. Dead Eyes’ friends hoot like owls while a small crowd gathers around the scene. Being half-drunk, Dead Eyes is two steps slower than Nartan, who is landing punches on both sides. When Dead Eyes slams his gun on the ground in surrender, the dust settles, and I can study my future husband.

Nartan’s muscular body straddles the smaller man while his broad chest billows. His hat has blown off in the scuffle, revealing two thick black braids adorned with feathers. Tendrils of raven-black hair wave around his head. “Quiet wife for a quiet life” my bloomin’ butt. This man is a sweet lick of passion wrapped in a delicious exterior. I think I’m gonna like being Mrs. Sagebrush just fine. I can handle an odd stick as long as he has the countenance of Nartan because I’m not as normal as I appear myself.

Marilyn Barr currently resides in the wilds of Kentucky with her husband, son, and rescue cats. She has a diverse background containing experiences as a child prodigy turned medical school reject, published microbiologist, special education/inclusion science teacher, homeschool mother of a savant, certified spiritual/energy healer, and advocate for the autistic community. This puts her in the position to bring tales containing heroes who are regular people with different ability levels and body types, in a light where they are powerful, lovable, and appreciated.

When engaging with the real world, she is collecting characters, empty coffee cups, and unused homeschool curricula. She is a sucker (haha) for cheesy horror movies, Italian food, punk music, black cats, bad puns, and all things witchy.

Please come back on Thursday and Friday for more authors, books, and a giveaway!