Welcome back to Notes From a Romantic's Heart. Today we're featuring the first book in the Ghosts of New England: Skullery Bay anthology. 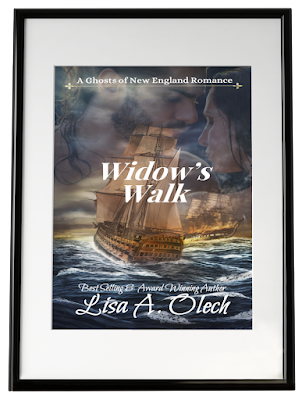 Widow’s Walk (1737)
RITA nominee & Best Selling Author, Lisa A. Olech
He’s the infamous pirate, Captain John Jacob Wilder.
She’s the daughter of his fiercest enemy.
Their love is the beginning of the legend.

Captain John Jacob (Jake) Wilder wanted the estate known as Fairwinds at any price. Like any pirate worth his share, maybe he’d just steal it. He had grand plans to build his private pirate domain and hide his wealth and mysteries beneath the sprawling grounds of Fairwinds. But soon the magic of the grand house and a kiss of a beautiful woman had him planning a life, a home, and a passion-filled future with a treasure he never dreamed of having—a wife!

Lillian Grace Langdon lived in the shadowed edges of her family, surrounded by memories of a charmed life that had tarnished and faded in the sea air after her mother died. Meeting the dashing Captain Wilder had been like stepping back into the sunshine. The fact that he was a rogue and a pirate despised by her father only added a rebellious heat of that light. Together they grew to deeply love one another as well as the treasured estate, and soon returned Fairwinds back into the magical place it once was. Full of love, happiness, and a brilliant future.


But the winds of fate shifted like the tide, and one stormy night Jake and Lily were cast apart and blown from each other’s arms forever. Anguish and sadness filled the halls of Fairwinds and threatened to return the estate to an empty shell. But Lily and Jake proved their love was stronger than death, their souls immortal, and their story became the breath and heartbeat of the grand estate. They became the legend of Fairwinds. It was their haven. Their heaven. Their port in every storm. A fierce blow might have ultimately taken their lives, but it took those same wild winds to unlock the secrets and open the door to their impassioned reunions for eternity.

“You’d be wrong. Did you arrange things for week’s end?” Rumor had it that Langdon was planning on playing cards with some of his closest friends at the Grantham estate. It was a weekly event, and Jake wanted in. He climbed the ladder to the poop deck as the ship came alive beneath him. 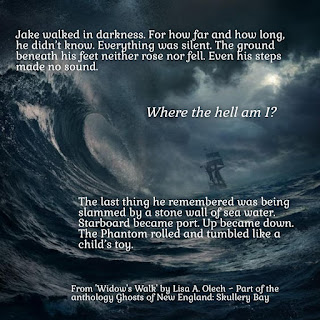 “Aye. You’ve a seat at the table.” Aiden took over for the helmsman. “You paid handsomely for it, too.”

The wind whipped at Jake’s hair. The night’s chill nipped at his cheeks. “I don’t care about the cost.”

“Of course not; you’ll fleece the lot for that twice over.”

Jake picked up his glass and scanned the darkening horizon. “I’ll take more than their coin.”

Aiden set the wheel and tied it off. “Are we still talking about Fairwinds, or the daughter?”

“She has a name.” Jake clipped. He had sighed that very name into her hair when they parted earlier today. Her eyes warm in the late afternoon sun with her sweet lips kissed pink, the sight of her had claimed him.

“And me with a Rose. Are we adding to the Wilder garden?”

“We’re adding to the Wilder dynasty. Fairwinds is perfect for what I envision. More perfect than I’d hoped.” Jake picked up his glass and scanned the horizon.

“And the girl?” his brother asked behind him.

Jake lowered the glass. “She’s no girl.” Far from it. She had surprised and delighted him yesterday as she gave him the tour of Fairwinds. It was clear how much she loved the estate. Her devotion had triggered a protectiveness in him. Not only for Fairwinds, but for her as well.

The kiss in the ballroom had lit the fuse, but it was the kiss under the rose arbor that had capsized him. What started as a teasing, had flared into something he couldn’t have predicted. And then she had kissed him back. 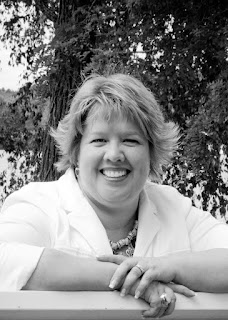 LISA A. OLECH—loves art, pirates and a cranky curmudgeon she affectionately calls the Wizard of O. Currently the author of eight Romance titles in both the contemporary and historical genres, she uses witty dialog with a side order of sexy to bring to life multi-faceted, adventurous, smoldering characters you’ll not soon forget.

A 2018 RITA Award nominee for her book, Within A Captain’s Soul, the final book in her Captains of the Scarlet Night series, Lisa’s won a variety of writing contests and achieved the ranks of Amazon Best Seller with her debut book in 2014.

Living on the shores of On Golden Pond, Lisa shares a drafty, old Victorian house with a wizard and two schizophrenic cats she brought into the house in an attempt to fill her empty nest and keep her from talking to herself in a British accent. As an author, artist, Justice of the Peace, and aspiring beekeeper, Lisa finds true inspiration in the beauty and love that surround her. And, she takes full credit for three homes on her quiet New England street now proudly flying the Jolly Roger from their flagpoles.

The entire Ghosts of New England: Skullery Bay anthology is on sale for
99 cents at your Favorite Retailer.
~ ~ ~
Come back tomorrow and enjoy a sneak peek at the second book in the anthology, Cast to the Wind and Waves by Author Kathryn Hills.
Nancy